This morning I attended an event in Gloucester Cathedral that harks right back to 1216. You can read more about the history here.

The Verderer’s are the sole remnant of the organisational structure developed after Norman times to administer Forest Law – introduced to provide for beasts of the forest, in particular deer and boar, and for the protection of their habitat.

A notice calling for candidates to become the fourth Verderer was published in January by Countess Bathurst, the High Sheriff of Gloucestershire, on the order of Her Majesty the Queen. She wore an amazing hat, a huge white feathery nest fluttering away in the draught as she passed by us on her way to speak to “the people.”

The nave was full to the brim of Gloucestershire landowners, there to vote with a show of hands. It was a wonderful feeling to be there to witness this tradition being honoured, even if it was loaded with pomp, colonialism and patriarchal traditions! The Duchess had been invited by the Queen to oversee proceedings and there was much talk about the Crown and country.

Three men were nominated for election.  Traditionally, Freeminers have to be men over the age of 21, be born and bred in the Forest of Dean and have worked for a year and a day in a mine within the Hundred. The Hundred was based on the area from which 100 fighting men could be found to fight for the crown. In the Forest’s case, this was within the realm of St Briavels castle. This is why Lydney etc. is not within the St Briavels’ Hundred, even though it is closer than Cinderford, for example, since Lydney was part of the Bledisloe Hundred.[corrected from initial description]

This changed in 2010, when  “male” was interpreted to mean ‘”male and female” by the Gaveller of the Forest of Dean (a Crown appointment currently vested in the Forestry Commissioners as a body), when they made a decision to accept an application from Mrs Elaine Morman, who became the first ever female Freeminer to be registered.” Today there were no female nominations.

Rich Daniels won his seat in the Court today. The mine shown in the image above, from the  Wyedean Tourism website, belongs to Rich and he still hauls up coal every day. He’s a very lovely man whose heart really is carved into the forest, he will be an effective Verderer and will keep traditions alive, as well as respect contemporary needs of the people who live here.

Many of his supporters were in the Cathedral and he has a local reputation for fighting authority, in particular for fending off the sale of the Forest via HOOF, which he led. There’s a long history of commoners rights in the forest, many of which are still active today. Simon Schama talks about them in his excellent book Landscape & Memory. It includes some great stories about Lords being chased out of the forest by the Foresters (meaning local residents, not forest managers).

The Forest is a very special place to live. Family roots run very deep, as deep as the ochre mines and the scowles, the coal seams and the ancient trees. As a place to find culture it seems to bloom constantly with new findings for an incomer like me. This year, when John Berger died, I found out he had lived here and written A Fortunate Man. Reading it feels like a time warp, but only a little one, a blip of time, as so little has changed since the 1960’s.  Dennis Potter lived here too. I still have so much to learn about this place.

But for now, congratulations to Rich, the forest is in safe hands with the Verderer’s – it’s what they are there for. 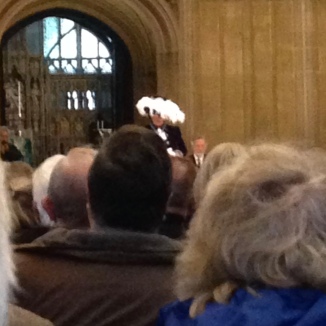 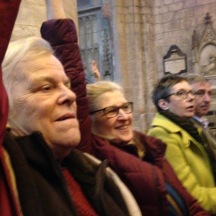 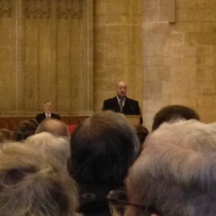 I'm an artist and also commission contemporary art in unusual locations. As a producer, I fundraise, curate, project manage and deliver projects. I'm also a writer and film-maker. View all posts by carolyn black